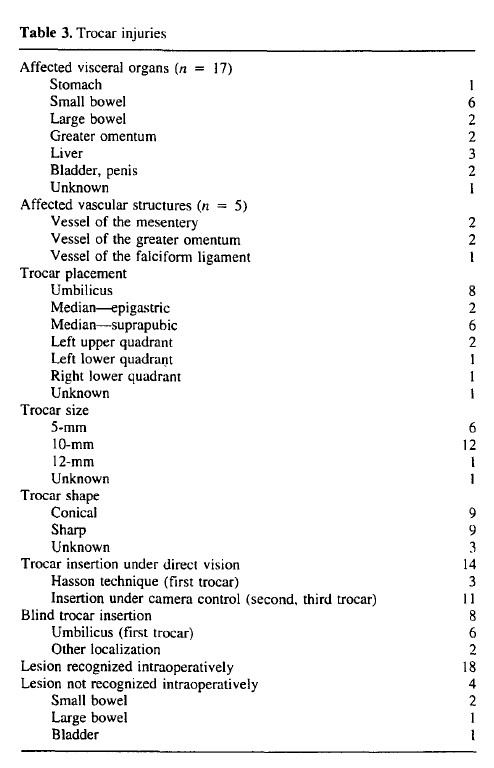 Results: There were 22 trocar and four needle injuries (incidence, 0.18%). Nineteen lesions involved visceral organs; the remaining seven were vessel injuries. The small bowel was the single most affected organ (six cases), followed by the large bowel and the liver (three cases each). All vascular lesions, except for one laceration of the right iliac artery, occurred as venous bleeding of either the greater omentum or the mesentery. Fourteen trocars were inserted under direct vision. Nineteen trocar injuries were recognized intra-operatively; diagnoses of two small bowel and one bladder injuries were made postoperatively. Needle injuries were all diagnosed intraoperatively. Only five injuries could be repaired laparoscopically; the remaining lesions were repaired openly. Four patients underwent an open reoperation, and another patient needed five reoperations. There was one death (4.0%).