END_OF_DOCUMENT_TOKEN_TO_BE_REPLACED

Summary: The results of the American College of Surgeons Oncology Group Z0011 (ACOSOG Z0011) trial were first reported in 2005 with a median follow-up of 6.3 years. Longer follow-up was necessary because the majority of the patients had estrogen receptor-positive tumors that may recur later in the disease course. In this follow-up study, the authors sought to determine whether the 10-year overall survival of patients with 2 or fewer sentinel lymph node metastases treated with breast-conserving therapy and sentinel lymph node dissection (SLND) alone without axillary lymph node dissection (ALND) is noninferior to that of women treated with axillary dissection. 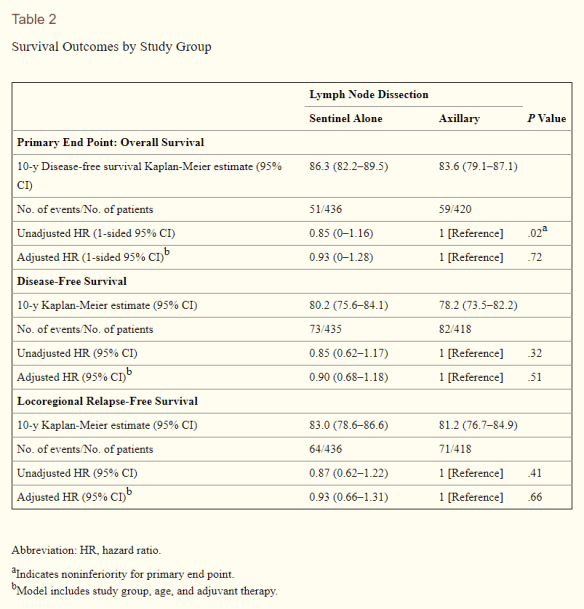